2 for 1 Criterion Sale at Deep Discount 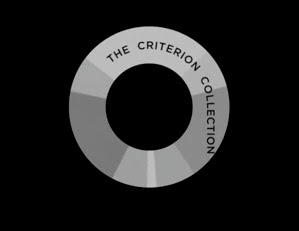 Getting sick of the relentless sound and fury of the summer blockbuster season? Feel guilty that your favorite film of the year is now a Batman movie? Well friends, you can repent at the alter of the foreign and classic selection of the finest DVD distributor around, the Criterion Collection. From now until July 29th, Deep Discount is offering a two for one special on selected Criterion titles (a quick glance over shows it to be a significant portion of their catalog). So get your Bergman, Fellini, Kurosawa, Bunuel and Godard on. Most non-deluxe DVDs run either $32 or $24 dollars, so that's either $12 or $16 per disc, and as an added bonus, Deep Discount does not charge shipping and handling fees!
Personally, I am going to use the opportunity to pick up some discs I have been putting off buying for far too long: Night and the City, Videodrome, The Man Who Fell to Earth and M--to name a few.
In other Criterion news, October 7th sees the first Region 1 DVD release of two new films from premiere French crime director Jean-Pierre Melville, who is already well represented by extras-leaden Criterion discs (including: Le Circle Rogue, Le Samourai, Army of Shadows and Les Infants Terrible)
the great Le Doulos featuring Jean Paul Belmondo as a morally ambiguous ex-convict and Le Deuxieme Souffle, the first collaboration between the director and Army of Shadows star Lino Ventura. 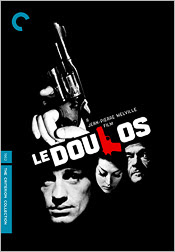 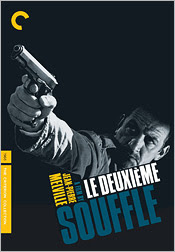 Posted by Colonel Mortimer at 9:43 AM