This year's Honorary Academy Award could not go to a worthier recipient than writer-producer-director-actor-entrepreneur-independent distributor Roger Corman, who was the most influential presence in American film from the 1950s through the early 80's in regards to the talent that he utilized and developed early in their career (Martin Scorsese, Peter Bogdanovich, Francis Ford Coppola, Robert DeNiro, Jack Nicholoson, et cetera), his independent, quick, and cheap fly by the seat of his pants shooting style and providing exploitative, but always fun and never mean-spirited, fodder for the drive-ins and grindhouse cinema screens. It's rather tragic that in the last few decades the landscape of film distribution has shifted to the point where there is no longer room for the likes of Corman. 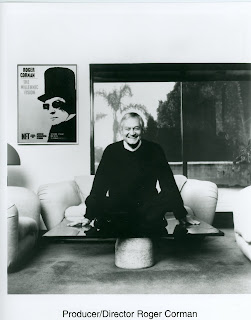 Congratulations as well to Lauren Bacall and Gordon Willis, both of who have, like Corman, never received an actual award. That's right, the cinematographer of The Godfather parts I and II and Manhattan, to name the most notable of a long distinguished career, has never won an Oscar, pretty much all the proof you need of the award's overall irrelevance in the grand scheme of things. Hell, he wasn't even nominated for any of those three listed films.
Posted by Colonel Mortimer at 9:08 PM