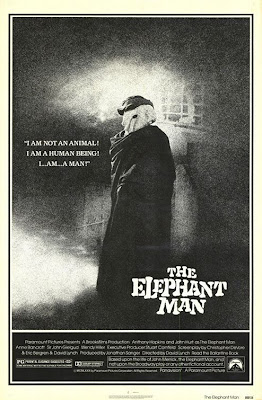 If there’s some kind of overreaching thematic similarity amongst the majority of the films on my top ten and honorable lists for the year 1980 it’s the attempt (and often times failings) of an outsider, often a societal “misfit”, to fit into a world (stratosphere) in which they do not belong.

This is evident in the bourgeoisie woman who drops out of high society for a seemingly unexplainable relationship with a poor drifter in Loulou, the James brothers attempting to go straight and enter respectful society in The Long Riders, the politician’s daughter who lives on the hard streets of New York’s 42nd Street in Times Square, the criminal hiding out on a film shoot in The Stunt Man, and the petty thief disguised as a great warrior in Kagemusha. You could also include Han Solo hiding out as a romantic hero for the rebellion who is ultimately confronted with his past in The Empire Strikes Back, and Jack Torrance whose disguise as a suburban father and husband slowly erodes in the Overlook Hotel in The Shining.

Is there some sort of deep significance to this theme that resonated in 1980? Was it the fact the baby boom generation was now entering middle age and the responsibilities that entails? Is it the rocky transition from the more personal and politically minded focus of the prior decade’s films to the more commercial aspects of the post Star Wars mindset when ancillaries such as clothing and toys meant that artists had to either become businessmen or at least pay heed to them? Or am I just trying to assign some deep significance to what ultimately is an old tried and true storytelling trope?

Either way, the film from 1980 which most solidifies this theme is David Lynch’s haunting, beautiful and devastating tale of John Merrick. While the other characters need only to make some surface alterations: manner of dress, haircut, disguising accent, to give the appearance of belonging to this other entity, there’s no gentle way to hide the distorted features of Merrick, it’s in the way he moves, talks, and yes, right there on his face. Even his most frequently employed mask, a burlap sack, gives a ghastly baroque visage we associate with a monster (for naught did Jason Voorhees don the same fashion statement for 1981’s Friday the 13th part II).

Merrick’s deformity leads to one of two results when confronted: abject horror or exploitation. The exploitation of him is the thrust of the film; we are first introduced to Merrick in a carnival, where he’s the main attraction of their freak show, on display for anyone willing to pay the price. When taken away from that environment and into a supposedly caring hospital, the exploitation continues as a janitor repeats the freak show economic environment, gathering schillings from drunken bar patrons to come in after hours, and conversely, also by high society when visiting the Elephant Man becomes a de rigeur trend amongst the elite after a stage actress (Anne Bancroft) writes a tribute to him. Even his closest confidant, the doctor who takes him as a patient (Anthony Hopkins) uses him for career advancement and sends his children away when allowing Merrick a visit to his home.

Even under heavy make-up and prosthesis, John Hurt gives a soulful performance as the titular character, who amongst the (supposed) best and worst of English society, always stands out as being the most human. Getting closer to death, and offered one moment of dignity in his life, Merrick makes a suicidal decision to commit one minor bit of human normalcy, an act we all take for granted every day, which allows him to leave the world unburdened by his deformity.

Coming off the midnight movie circuit cult success of Eraserhead, David Lynch’s first studio picture reveals he had skills at more straight forward storytelling while honing his distinct stylistic flourishes on Paramount Pictures’ dime. With stark black and white cinematography (great work by director of photography Freddie Francis), Lynch plays with our perceptions by using signifiers from classic English and American horror films (and remember a large number of the Universal horror films are set in Europe) as well as circus and industrial noises and images (the latter a technique he would deploy liberally in his subsequent career) that unsettle and play with the notion of what makes a monster, the exterior body, or the interior mind? Merrick’s defiant humanity in the face of such physical mutations amplifies our deficiencies.

The decade would see America going through a political shift and the films that reflected this sea change more than often mirrored the more “aw shucks” nature and easily simplified sales pitch techniques favored by the president (a former Hollywood actor, natch). While many of the impressive roster of directors of my Top 10 list would go on to have steady careers and successes through the 80’s, there’s also the sense that these men, much like the outsider characters of their creations, became increasingly pushed out. Richard Rush would not direct again until 1994, Akira Kurosawa and Stanley Kubrick would only make one more film between the period of 1981-1989 (though in fairness, Kubrick’s lapse is probably due to his perfectionist streak), and even though much younger, Lynch would only direct two more films in the decade. Seeing that most of films made in the year 1980 were at the very least conceived in the prior decade, perhaps 1980 itself is an anomaly. As we move further along, will the rebels be further pushed to the outskirts? For that answer, onward to 1981.

This was an exceptional post covering your Top Ten and number one selection 1980, Colonel. The film, an atypical one for the filmmaker known as a surrealist, is a great one. John Hurt was exceptional, as was the cinematography and direction. One splendid choice to top off your examination of that year in film, my friend. Thanks for this.

I just finished watching The Elephant Man thanks to your list. I found it to be great piece of film, I could see why it would place so high on your list. I agree with the above comment, John Hurt was amazing...I am not sure why he did not win an Oscar for his role. I was very moved by the final third of the film. Good choice!