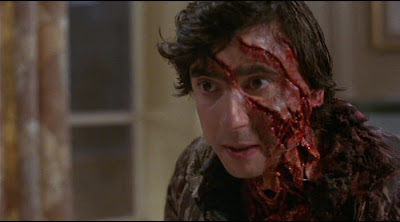 I am sorry this post is so late, but generally life busyness, bad internet issues (fuck you, AT & T), good sports (go Niners!), and a semi-self imposed blog sabbatical post Halloween lead this to be pushed to the back burner.

So, even though we are a third of the way through November, let's take one last longing look back at the horror film celebration of the last month. I would like to thank everyone who came by to read and comment here during my 31 Days of '81 Horror celebration. I came up with the idea in the early part of the year, and was glad that it was greeted with the enthusiasm that it was. While I love all genres of cinema, horror was the first that really got me excited about film, and while generally dismissed by the middlebrow mainstream film press, it endures as it's one of the few types of film that uses all the elements of filmmaking (sound, composition, editing) for effectiveness. 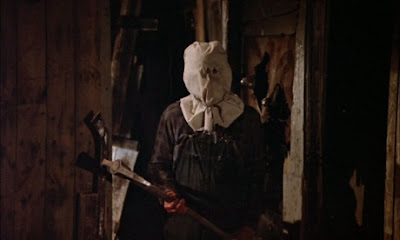 1981 was such a treasure trove for horror cinema that there were far more than 31 titles to choose from, some of the films that didn't make the list include Just Before Dawn (which I did watch and recommend), Night School (which was just released on DVD via the Warner Archives), Final Exam, Evilspeak (which I own a gray market bootleg of), Scream (not the Wes Craven version), and Evil Dead (though I think that's the date of it's original Michigan screening, and not the completed version which I believe was released theatrically in 1983).

As a way to wrap this all up in a neat tiny, blood soaked, ribbon, I present to you the list of films that I covered for 31 Days of '81 Horror in order of my favorite to my least favorite (each title is a link to my reviews of said films).

These following titles, I give high recommends to:
1. An American Werewolf in Paris
2. Road Games
3. Possession
4. The Howling
5. Scanners 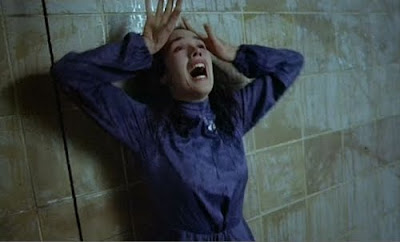 These I give solid recommendations to, especially if you're a horror genre fan:
6. Friday the 13th part II
7. Bloody Birthday
8. The Burning
9. My Bloody Valentine
10. Eyes of a Stranger
11. Dead and Buried 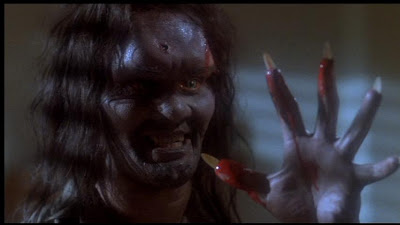 The following films I recommend but with medium to major reservations:
12. Happy Birthday to Me
13. The Prowler
14. Dark Night of the Scarecrow
15. Galaxy of Terror
16. Hell Night
17. The Funhouse
18. Looker
19. Strange Behavior
20. The Hand
21. Nightmare
22. The Final Conflict
23. Halloween II 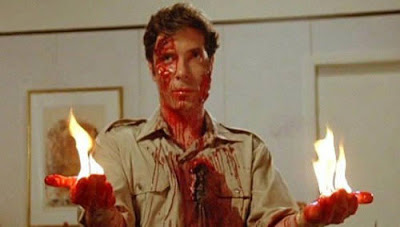 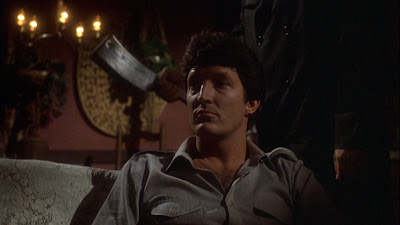 Posted by Colonel Mortimer at 11:30 PM

Excellent recap. It was a wonderful series, Colonel. So glad I got to follow it. I enjoyed the read. Thanks.

Great recap, you made it a great month to read your blog. I like how you ranked the movies as well.

BTW, Colonel, I recommended this post and you for a well deserved 7x7 Link Award: http://wp.me/pR4QP-1X8