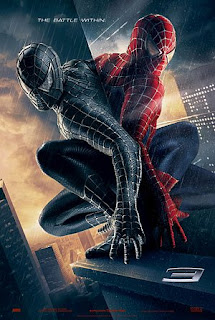 After a somewhat inspiring spring movie season which featured a handful of mainstream films flirting with experimentation in terms of form: Zodiac, Hot Fuzz, Grindhouse (and I'd toss in two films that I was less enthusiastic about, Black Snake Moan and 300 in this category) and some quality foreign fare getting wide attention: The Lives of Others, The Host, Black Book; Hollywood return to playing it safe 24/7 for the next four months beginning this Friday with Sam Raimi's Spider-Man 3. Since its one of the very few summer blockbusters I actually have serious interest in this year, I have made sure to stay away from plot synopsises, reviews (though I gather the general consensus is decidedly mixed) and any footage outside of the trailers. I still have no idea what Venom is going to look like (I know some sites ran five minute scenes from the film a few weeks past, really what's the point of watching it out of context? To say you saw it first?) or if Bryce Howard becomes the Black Cat. Is the fact that I saw a Kraven figure at Target worthy of some kind of spoiler alert? 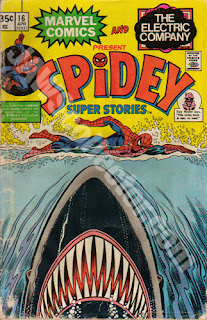 What I love about Raimi's films, and yes I said "love", is that I get the same giddy sensation watching them as I did discovering super-hero comic books as a kid. He embraces the corniness factor as he simultaneously emphasizes the angst of being a hero, yeah the whole "with great power comes great responsibility" thing, part 2 spends a great portion of its running time convincing us that actually being Spider-Man kinda sucks. The whole dual personality thing is a common thread in the super-hero film cannon, but its never treated with as much care and respect as Raimi and his screenwriters have given it, including sacrificing a half hour segment of action in the middle of Act II to have Peter Parker give up being Spider-Man.

The rest of the summer '07 fare is less inspiring, here's some of the, ahem, highlights with grumpy commentary from yours truly:

Pirates of the Carribean 3-It Never Ends: I feel like I am still watching part 2 from July. ps It was looong.

Knocked Up: Okay, I actually really want to see this. But seriously, 132 minutes, Judd? Didn't you come from television? Does it really take that long to establish just how much a slacker Seth Rogen's character is?

Hostel 2: I'd much rather see a full length version of Thanksgiving.

Ocean's Thirteen: Soderbergh, Clooney, Pitt and company overestimated audience's desire for winking in-jokes in Ocean's 12. The trailers make the film look pretty fun though and thankfully they got rid of that deadweight Julia Roberts. The fact that a whole section of this film is dedicated to a nose joke aimed at Harvey Weinstein is either brilliant or more evidence of the gang's winky in-joke overindulgence.

Fab Four Meets the Silver Guy: Raimi respects the corniness of comic books, the makers of the Fantastic Four spent the entire running of the first film belittling their origin. Fuck 'em I say. Some of the fanboy debate here is whether or not the Silver Surfer has nads. Let's get the Monster Squad on the case.

Evan Almighty: Any goodwill the inclusion of Steve Carrell's presence is here is negated by the presence of director Tom Shadyac.

Live Free or Die Hard: Where John McClane moves to New Hampshire to have Johnnycakes with a handsome mustachioed volunteer fireman.

Transformed!: Michael Bay spent 200 million dollars to make the film equivalent of you and your best buds playing toys in your backyard twenty years ago. One difference. Your twenty year old toy playing featured a better plot, character development and visual coherence.

Harry Potter 28: I've only seen one of these, is this the one where he's naked on a horse?

The Simpsons Movie: I totally want to see this.....fifteen years ago!

The Bourne Ultimatum: Okay, I want to see this too, I enjoyed the first two, but I wonder if Paul Greengrass has found a cameraman without epilepsy yet.

Rush Hour 3: I hated the first two installments, find it hilarious that Chris Tucker got (allegedly) the highest paycheck for an actor ever for this when he has not done a single non-Rush Hour film in ten years, but the real reason I hate this film, the fuckers raided Zankou Chicken early one night and when I came to get my grub on, they had no chicken. This time its personal.

Rob Zombie's October 31st: Whoah Zombie you're so dark man, showing a young Michael Myers hitting a cat whilst playing a crappy rock score you composed is so much more interesting and disturbing than actually leaving the reason for young Myers murder spree unexplained. Why do a complete remake, why not make a sequel with a new angle. Oh, probably because Zombie thinks all the sequels suck (which isn't entirely false). But that's funny, because I see you're going with Laurie Stroud being the sister of Michael Myers, which is never mentioned until part 2 (oh and John Carpenter, you know the director of the real Halloween, is on record as saying he hates that development). Here's hoping the final shootout between Loomis and Myers is a twenty minute slo-mo shot scored to "Freebird". Seriously, the critical establishment liked The Devil's Rejects?

Okay, enough, this summer make sure you visit your local rep house frequently.

This week's trailers are reruns from an old site.

First, the teaser trailer to the first Spider-Man movie, which was pulled after 9/11 because of the inclusion of the World Trade Center. Too bad about the awful nu-metal music playing in the background.


And finally, the trailer for what most consider the first "summer blockbuster" and still the best, Spielberg's Jaws.

Posted by Colonel Mortimer at 7:44 AM