Death goes straight, opens up your gates, maybe tells you about Phaedra 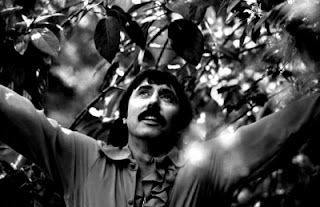 I think what best displays the originality of the recently deceased singer-songwriter Lee Hazlewood is that three of the music stores I frequent all classify him under three separate genres. In one store he will be found with the country western artists, in another, the "oldies" section (alongside 60's psych bands like Love and 13th Floor Elevators and pop harmonists such as the Righteous Brothers and The Ronettes) and in the third, amidst the pop vocalist amongst such icons as Frank Sinatra and Tony Bennett. Apropos because where exactly would you put someone who can be considered a hybrid of the likes of Sinatra, Johnny Cash, Leonard Cohen and the sixties psychedelic garage movement? Writers invented a genre to try a scratch the surface of Hazlewood's style, "cowboy psychedelia". While he never gained the fame of a Sinatra or Dylan or Cash, his uniqueness is what has kept him relevant long after artists that sold more have been forgotten. In the past ten or so years, younger bands and music collectors have started to recognize his talents. His songs have been covered by the likes of Primal Scream and Slowdive, his music has popped up in films (such as Lynne Ramsey's Morvern Callar) and part of his oeuvre has been rereleased through Sonic Youth drummer Steve Shelly's record label, Smells Like records.

If you are interested in Hazlewood's music but don't know where to start, allow me to make three suggestions. 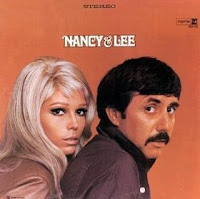 Nancy & Lee (1968) -- After penning Nancy Sinatra's famous kiss-off anthem "These Boots are Made for Walking", the pair teamed up for this duet album. Nancy was Hazlewood's greatest collaborator, on record they have a chemistry that matches Bogart and Bacall's on-screen fireworks. Despite his deep baritone voice, Hazlewood was great at writing songs with equal feminist and masculine P.O.V.s and would continually duet with other female vocalists on later albums. But here is his finest foil. The album contains covers of some standards (such as the Righteous Brothers' "You've Lost that Loving Feeling" and "Jackson") along with some original material such as the now classic "Some Velvet Morning" and my personal favorite, "Summer Wine". 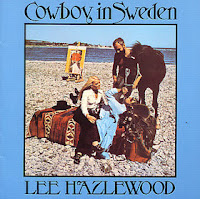 Cowboy in Sweden (1970) -- For a spell, Hazlewood lived in Stockholm, while there he recorded this concept album of alienation amongst subcultures, equating the combination of western swagger and European cool as being like, well, a cowboy in Sweden. The song that best demonstrates these contrasting styles is "Hey Cowboy" a duet he sung with Swedish Nancy Sinatra stand-in, Nina Lizell. It's funny, but this album always struck me as being cinematic (I am even in the process of working on a screenplay inspired by the track "The Night Before") but it wasn't until after his death I learned that this album provided the soundtrack for a Swedish television movie by director Torbjorn Axelman. From the look of things, it pretty much a collection of music videos for each track on the album. Here's a clip from the film, the aforementioned "Hey Cowboy". 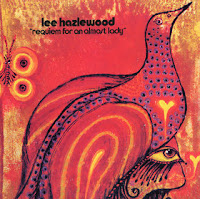 Requiem for an Almost Lady (1971)-- Another concept album, this time finding Hazlewood readopting the storyteller technique he used on the earlier album, Trouble is a Lonesome Town, to create a narrative revolving around the disintegration of a relationship. Each individual song is introduced with a spoken monologue. This album shares a particularly special place with me because not only was it the first Hazlewood album I ever purchased, I also happened to be going through a break-up at the time I picked it up. Hazlewood perfectly surmises the range of emotional responses of a heartbroken person: sadness, anger, despair, self-hate, and black humor. This is best captured in his introduction to the track "Won't You Tell Your Dreams" where he remarks: "Dreams have never been my friends. When I had you, I never dreamed of you. But since you've been gone, I dream of nothing else. Dreams have never been my friends"

A lot of Hazlewood's work is out of print, I also heartily recommend Trouble is a Lonesome Town and 13, both readily available, and I look forward to picking up The Cowboy and the Lady, a duet album with another saucy 60's chick, Ann Margaret. Last year he released Cake or Death, an album written after he was diagnosed with cancer. If there's one benefit of his passing it's hopefully that his entire oeuvre will soon be assessable. We'll miss you Lee, hope the afterlife is full of beautiful ladies for you to sing with.
Posted by Colonel Mortimer at 10:16 PM