Death Is Going to Need a Bigger Boat 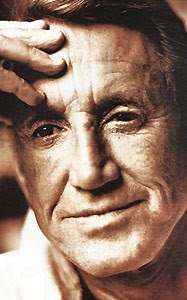 Roy Scheider may not have possessed the movie star looks, his face sans the puncher’s nose is non-distinct and perhaps too “everyday man”-ish, nor decades long endurance, the last movie role I recall of his was The Rainmaker where he had a cameo as the over-tanned CEO of the evil insurance company (although according to his IMDB page he was in the Thomas Jane version of The Punisher, which I did see, but honestly I don’t remember his appearance or much of anything of the film—there was one cool fight between Jane and some big ass guy in a stairway…and uh, that’s about it) nor iconic screen persona of some of his peers like Al Pacino, Robert DeNiro and Jack Nicholson but when it comes to 1970’s portrayals of masculine determination in American cinema, I’d put his performances and filmography between the years of 1971-80, which included The French Connection, Jaws, Marathon Man and perhaps his greatest role, as Bob Fosse surrogate Joe Gideon in All That Jazz, up to their level (I’d also toss Warren Oates name into the conversation).

I had just recently seen for the first time William Friedkin’s Sorcerer, the infamous remake of Wages of Fear and Friedkin’s follow-up to The Exorcist. Scheider still hot off of his lead performance in Jaws, at the time the highest grossing movie in history, was cast after Steve McQueen dropped out due to Friedkin not giving his wife Ali McGraw a cosmetic producing credit. In the fascinating if flawed film, Scheider portrays Jackie Scanlon, a low rent driver who takes part in a plot to rip off the mafia, but when the plan goes awry, as plan to rip off the mob are wont to do, he flees to South America where he lives in squalor under the assumed name of Dominguez. He and three other men with similarly checkered pasts are given the chance to earn some serious cash and citizenship if they can export some nitroglycerin through the jungle in semis with sputtering engines. Of course there are dangerous detours and hazards that test the men’s ability and sanity, the nitroglycerin precariously straddling the point of explosion serving as an ample metaphor for the men’s, and Scheider in particular, emotional wherewithal. {SPOILERS TO FOLLOW} When Scheider alone completes the mission he collapses, a cathartic moment as his utter exhaustion reveals that only the basest human determination got him to the completion. Scheider plays this scene wonderfully, not overstating the moment with histrionics, after hearing reports of director Friedkin’s on set personality, this scene may have served as a true representation of Scheider’s psychology at that very moment. I do feel Friedkin erred a bit with the little dark ironic coda that follows this cathartic moment, where it’s revealed that the mobsters Scanlon were running from are in the same town as him, undermining a great moment.

I think Scheider could have only flourished in two eras of American cinema, and luckily he was around for one, the 1970’s. The other era being 40s-50s film noir, where he could have competed for lead roles with the likes of Van Heflin, Dana Andrews and John Garfield. I am a little bummed that a director such as Quentin Tarantino, Paul Thomas Anderson or Steven Soderbergh never gave him that one last great defining role(s) and rediscovery that they gave to the likes of David Carridine, Burt Reynolds, Kurt Russell, Terrence Stamp and Phillip Baker Hall. The last major project which he was cast in the lead was in 1994, when he reunited with Steven Spielberg and an aquatic setting for the highly hyped but ultimately ratings starved action/sci-fi television series Seaquest DSV. He did keep working steadily over the last twenty years, although mostly in direct to television or video projects. According to other appreciations I’ve read since his passing, he gave a powerful performance on an episode of Law and Order: Criminal Intent last season (you know what’s weird? I’ve never seen a single minute of any Law and Order show). While it’s a shame he fell out of the limelight, at least he didn’t coast on personality and become a self parody as Pacino, DeNiro, Nicholson and Christopher Walken have recently.

Here’s the trailer for Sorcerer:

And the most harrowing moment of the film, the crossing of the dilapidating bridge (in 2 parts):


Posted by Colonel Mortimer at 8:59 AM

I was very sad to hear the passing of Roy. As an avid Jaws fan, his face is as familiar to me as any other famous actor is. RIP