Mr. Show Sketch of the Moment: 'Why Me? The Bob Lamonta Story"

I grew up in a particular fertile time for sketch comedy. When I started watching Saturday Night Live in 1986 (the episode that Joe Montana and Walter Payton co-hosted) it was at the start of what would be the second strongest period of the show's lifetime with a cast featuring Dana Carvey and the greatest sketch comedy actor ever, Phil Hartman, and a writing staff that included Bob Odenkirk, Conan O'Brien and Robert Smigel. And having now watched a lot of the earlier seasons in total via DVD, I think a case could made that this era was more consistent then those beloved first five seasons.

In addition to the then-current Saturday Night Live, Nick at Nite was airing half hour best-of blocks of the original cast, and the fledgling Comedy Central network was running a similar best-of sketch compilations of SCTV. I was also devouring the Canadian cult troupe Kids in the Hall which aired on HBO, Comedy Central and briefly CBS, where it ran against SNL for a few seasons. There also was the short lived FOX series, The Ben Stiller Show, with a cast that featured Odenkirk (and Ben Stiller, obviously) and a writing staff that included future comedy writer-producer-director-cottage industry Judd Apatow and David Cross, I remember scanning TV Guide religiously for the rare airings and reruns, as it was often times pre-empted, and was gone after about half a season. 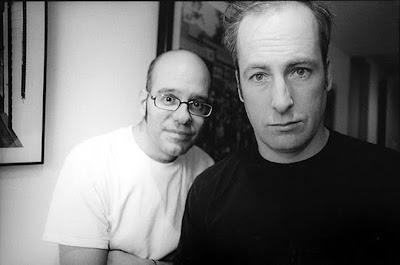 But the show that really got me, and inspired me to study sketch comedy writing at Second City was Mr. Show with Bob Odenkirk and David Cross (whose resumes I touched on briefly above). The show which aired from 1995 to 1998 on HBO, is what is commonly referred to as a "writer's show" as set-ups were more elaborate and allowed for experimentation within the format. All the sketches transitioned from one to the next a la Monty Python (a major influence) which would lead to quick non-sequitor riffs that often were equally as hilarious, if not more, than the longer sketches (such as the Cock Ring Warehouse liquidation sale!!!).

One of the several refreshing aspects of Mr. Show is that it hardly ever relied on straight impersonations of celebrities, choosing rather to go with composite characters with obvious trace roots (like the Hank Williams Jr. inspired CS Lewis Jr.). They also never went for obvious targets like specific political figures and when they did riff on a specific pop culture staple, they did it in a roundabout way that never called attention to itself or relied on a cheap callback for an easy laugh. And mercifully, they only had about four recurring characters, each of which never made more than one appearance a season. I'm assuming this stemmed from Odenkirk seeing things like the Church Lady, Hanz and Franz and Matt Foley the motivational speaker (a character he originated) drudged out week after week in his days at Saturday Night Live.

While Mr. Show never achieved more than cult status, it has seen several of the performers and writers that worked on the show go on to successful careers. David Cross performs stand-up comedy regularly and has two comedy albums released on the Sub Pop record label, he's probably best known for playing Tobias Funke on the hilarious Arrested Development (and yes, he's been in the two Alvin and the Chipmunks movies). Bob Odenkirk has had made the transition to a director, with unimpressive results (The Brothers Solomon, Let's Go to Prison), but now has a guest role on the critical favorite AMC show, Breaking Bad. Other alumni include Jack Black, Sarah Silverman, Patton Oswalt, Bill Kenny (the voice of Spongebob Squarepants), Brian Posehn, Mary Lynn Rajskub and Paul F. Tompkins.

Okay, after that long winded introduction, let's get to the sketch. I actually always think of this at Academy Award season as it's a razor sharp satire of the cliches that the middle of the road "prestige" films that Hollywood congratulates itself for making. I kind of wish the person who posted this on Youtube had included the bumper that follows this clip, which is at an Award show where the real Bob Lamonta reveals that certain liberties were taken with his life, like pretty much everything (his parents were of normal intelligence, he never won an Olympic medal, and he's still alive...though he did grow a moustache once, but it made it look gay, so he cut if off) as it hammers the sketch's point to it's conclusion.

All four seasons of Mr. Show are available on DVD, check them out, and without further delay, here's Why Me? The Bob Lamonta Story.

Posted by Colonel Mortimer at 9:43 AM