The Quixotic Foibles IV: The Quest for Peace (of Mind)

Before delving deeper into the foibles, let me just apologize and forewarn about my lack of blogging presence over the last few weeks and next month and a half. I have something of grand scope in store for my annual October month daily blog celebration of the horror genre. This requires a good amount of advanced preparation, so all of my non creative writing free time (of which there's increasingly less and less due to life's general busyness) is going towards that event. I will clue everyone in at some point in mid-September. But in the meantime, to make sure y'all don't forget about me, I will be focusing more on articles that require less writing. Thanks for your understanding. 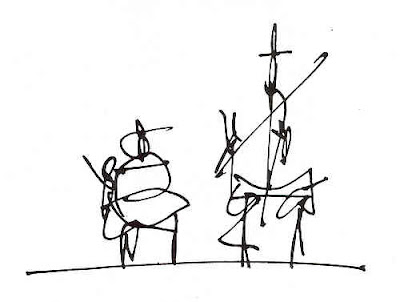 The first part of my quixotic journey to attempt to get through all my unwatched DVDs and Blu-Rays is here, part II here and part III here.

In the last post, I promised to return to updating this monthly. That was March 3rd, 2011. So you see how good I am at keeping promises. I also vowed to go back to the practice of offering a brief review of the films I did watch....again, sorry, that's not going to happen.

First let's go to the stat sheet (as always you can follow play the home game of this yourself, at my Rate Your Music page here.)

# of Titles watched since last update: 50

# of Titles traded/sold without watching: 2

# of Titles obtained since last update:59

So the foibles keep getting quixoticer, I guess.

Here's the DVDs or Blu-Rays I actually did make it through (I will link a review if I have written one): 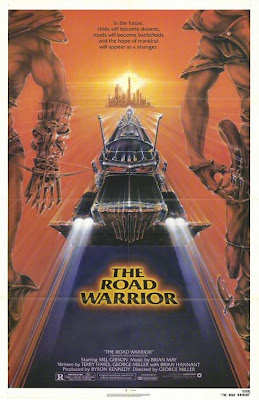 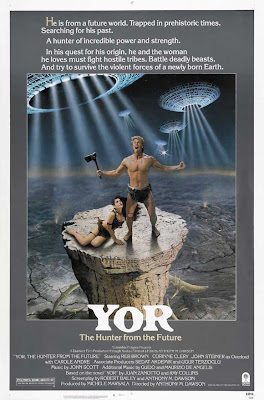 Tattoo
The Wild Bunch
Head (Blu-Ray)
The Wild Angels
Caliber Nine
Moon (Blu-Ray) (theatrical review)
The Gravy Train (aka The Dion Brothers)
Paths of Glory (Blu-Ray)
Fist of Fury
The Young Racers (the last of this Roger Corman box set I had to watch!)
Dragonslayer
The King of Marvin Gardens (Blu-Ray)
Theatre of Blood
After Hours
The Adventures of Buckaroo Banzai Across the 8th Dimension
Madhouse
Sweet Smell of Success (Blu-Ray)
Black Sunday (1977, John Frankenheimer version)
Death Weekend
Magnum Force
Jaws 3 (I really meant to write a review of this awful movie that I really like, a rare time when I actually feel guilty for getting pleasure from a film, maybe someday...)
The Last Starfighter
Drive, He Said (Blu-Ray)
Rollercoaster
Four Flies on Grey Velvet
Shock Corridor (Blu-Ray)
Straw Dogs
Something Wild (Blu-Ray)
Eyes of a Stranger 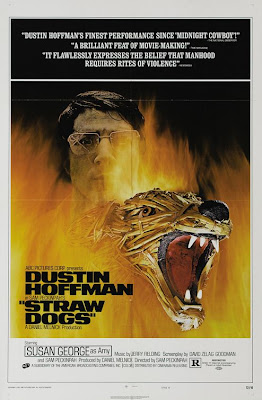 Hopefully next time will be more fortuitous.
Posted by Colonel Mortimer at 8:15 PM

I completely understand, Colonel. Still, an impressive list of films you've gotten to screen. Which reminds me, I need to re-watch Peckinpah's STRAW DOGS again before the remake arrives. I usually re-screen AN AMERICAN WEREWOLF IN LONDON during October (but I did re-pub my piece on my fav scene & song recently for its anniversary on the 21st).

Tell me, when you listed Bruce Lee's FIST OF FURY, were you referring to re-titled THE BIG BOSS (his 1st Honk Kong martial arts film), or to his second HK film (retitled in the U.S. as THE CHINESE CONNECTION)? Lastly, great to see you took in one of my all-time favorite Vincent Price films, THEATRE OF BLOOD.

All very cool and admirable. Thanks.

p.s., recently picked up the DVD of DRAGONSLAYER to show to my kids for the first time.

Impressive list of movies watched, glad one of the blurays I got you was watched. I am now using swapadvd and getting many requests. I hope to be able to get some dvd for myself soon. I am eager to see what you have in store of Halloween 2011!

Yes I watched both The Big Boss (re-titled Fist of Fury) and then Fists of Fury (re-titled Chinese Connection), which constantly confuse me, I found that 20th Century Fox box set (non anamorphic but out of print) for cheap and been making my way through it.

I liked Theatre of Blood, which I got in the Vincent Price box set, I actually prefer the first Dr. Phibes film and Witchfinder General over Theatre, but it's great fun. Love the Shakespeare references and Diana Rigg in drag!

Mummbles--I think I've been pretty good with watching the stuff you got me, though I haven't gotten around to Mother yet or Justified (I am waiting for the new season and will do a marathon of the first two.)