Okay, I want to finish this month of belated eulogies with a couple of brief mentions and then hopefully not write anything about death for a long time; Bob Dylan, Clint Eastwood please take good care of yourself.

Merv Griffin 1925-2007
Sure he may have had a popular talk show and built a game show empire (as a kid I recall pretty much every afternoon game show concluding with an announcer informing us that it was a "Merv Griffin production") , but to me Mr. Griffin will always be the Elevator Killer.


Tony Wilson 1950-2007
One of the biggest behind the scene names in the British punk & post-punk movement, Tony Wilson founded Factory Records whose roster included seminal bands Joy Division, New Order, A Certain Ratio and the Happy Mondays. He also opened the popular Manchester nightclub The Hacienda which brought dance music to rock audiences. He was the basis of Michael Winterbottom's 2002 film 24 Hour Party People where Steve Coogan gave a wonderful and hilarious performance as Wilson (perhaps now we can get a new DVD cover). Here's a 1984 interview with Wilson at the Hacienda where you get a sense of Wilson's personality and wit:

And here's a clip from the movie where Coogan as Wilson converses with God who overall praises Wilson's accomplishments but with one caveat, not signing The Smiths:

Ulrich Muhe 1953-2007
He appeared on the verge of if not international fame at least a long and interesting career as a character actor coming off his great performance as a Stasi agent hired to spy on a playwright in this year's Academy Award winning Best Foreign Language film, The Lives of Others. After seeing Others I had thought that he would make a great Bond villain. His final performance will be in a Italian/German co-production called Nemesis, hopefully it will attract a stateside release.

Jeremy Blake 1971-2007
Artist Jeremy Blake's suicide following the suicide of his longtime girlfriend Theresa Duncan is a fascinating and tragic story of two very talented people pushed to the edge by paranoia. To get a more in depth look at the story, here's an article that sums up what drove the couple to the edge. I'll have to admit that I knew very little about Ms. Duncan before her death, but I knew Blake's work, most notably the cover to Beck's Sea Change album and his inter-scene color animation experiments in Paul Thomas Anderson's Punch Drunk Love. 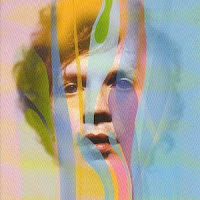 Posted by Colonel Mortimer at 9:04 PM