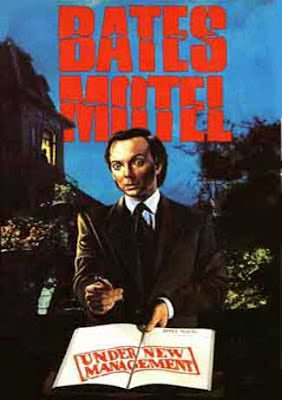 With the Norman Bates saga effectively concluded (or at least seemingly) with Bates’ return to institutionalization at the end of Psycho III, Universal decided to take the Psycho series to television bringing only the original film and the famous locales along. Riding a wave of a nostalgic return to genre anthology series, by this point the Steven Spielberg produced Amazing Stories was on the air as were new incarnations of Alfred Hitchcock Presents and Twilight Zone and other franchises such as Friday the 13th (in name only) and A Nightmare on Elm Street were in the works, writer-director Richard Rothstein, who had written and produced the HBO anthology series The Hitch-Hiker, was tasked with using the infamous house and hotel for what was formulated to be a weekly series focusing on the strange occurrences surrounding guests of the Bates Motel. A two-hour pilot was commissioned focusing on the new owner and the renovation as well as an incident that would also serve as a template for future episodes. NBC did not pick up the series and instead ran the pilot as a movie of the week on July 5th, 1987.
Posted by Colonel Mortimer at 8:33 PM

Thanks for the write up, I knew very little about this besides it was a failed tv show pilot. I guess if I ever have the chance to watch it I should try, but at least I know what to expect now.

I can't wait to see the final write up, I remember there is a Psycho when Norman Bates calls into a radio station I am pretty sure it was the last one.

Have always meant to get my hands on this. Thanks for the reminder. Must. See. Now.

Anyone interested, here's where I got my (recorded VHS circa 1988 level quality) copy: