Trailer of the Week: Bring on the Mavs Edition! 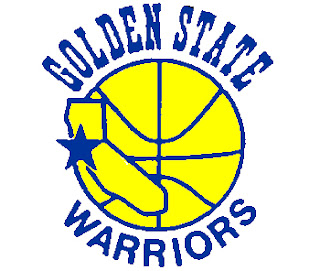 We briefly interrupt this week's Trailer of the Week for some sports news.

For the first time since I was in high school, the Golden State Warriors, the NBA team I follow per default of location of birth, are headed to the playoffs and a date with the top seeded Dallas Mavericks. While I am sure my fellow Warriors fans who have suffered along with me through the Rick Adelman, PJ Carlesimo, Dave Cowens, Brian Winter, Eric Mussleman and Mike Montgomery eras aren't expecting any miracle upsets over the best team in the NBA, it bears pointing out that we did sweep the Mavericks during this year's regular season, if you throw away the game where Dallas rested their starters, we were still 2-0 against them. Oh and on a side note, I don't want to hear the Clippers bitch about the Mavs resting their starters. I seem to remember a team last year completely tanked in a game against Memphis which lead them to an easier opponent and home field advantage during the first round of the playoffs last year, and a series victory over the Nuggets while the Grizzlies were swept by Dallas.

This year it is possible that all 3 sports teams I have followed since my youth could make the playoffs in the same calendar year for the first time since the very early 90s (actually if you count my hometown San Jose Sharks, who are currently leading their opening round series, make that four). The San Francisco 49ers should be improved, and if you are one to follow patterns, peek this: in the first season with coach Mike Nolan, the 49ers improved by 2 wins (from a 2 win to 4 win team), his next season the team improved by 3 wins, hence this year can we expect anything less than a 4 win improvement? Okay that's probably not happening, but a 9-7 record which could get us a Wild Card birth, is within reach. Baseball wise, the Oakland A's are the defending AL West Champions. True last year team's opening day pitcher and leading RBI and Home Run hitter are no longer on the team. But we've lost All-Stars before in free agency (hell, it happens every year) and still made the playoffs. So don't count us out.

This reminds me of something that I think perfectly captures the place of the Golden State Warriors in the bay area sports pecking order. The year was 1989 aka the only year since I was born that both my football and baseball teams were league champions. Anyway, local McDonald's had a bay area sports cup giveaway (this was pre-San Jose Sharks expansion and the Raiders were in Los Angeles at this point) that had all the bay area major league sports team's logos on it. Above the San Francisco 49ers logo it read: Super Bowl Champions. Above the Oakland Athletics logo it read: World Series Champions. Above the San Francisco Giants logo it read: National League Champions. The kicker, above the Golden State Warriors (who were actually a pretty good team at the time, this was Don Nelson's first go round with the team and they still had Mitch Richmond, Chris Mullin and Tim Hardaway in their prime) it read: National Basketball Association. Ouch. Kind of like when you see a movie trailer and it has all these Academy Award winners and nominees in the cast and the announcer says something like: Starring Academy Award winner Denzel Washington, Academy Award winner Jodie Foster, Academy Award nominee Clive Owen and Heather Locklear (okay, wouldn't Heather Locklear's presence totally improved Inside Man?) But instead of just saying their name, they listed her as: ...and actress Heather Locklear! In the Warriors defense though, they have won a championship more recently than the Giants!

So let's bust out our bright yellow "The City" and enjoy, for the first time since Boyz II Men and Stone Temple Pilots were topping the charts, the Golden State Warriors in the NBA Playoffs! I am predicting a surprising seven game series...
which the Mavericks will win. As for the Finals...Suns over the Pistons.

In honor of this amazing feat here's the trailer for Walter Hill's 1979 classic gangs run amok in New York City epic, The Warriors. On the bright side Golden State, the Mavs may be tough but they're nothing compared to the Lizzies!

Dirk Nowitzki come out and playayayay!

Labels: trailer of the week, Your Golden State Warriors