With my father’s first birthday since his death just passing on Saturday, I am feeling particularly nostalgic for the time we spent together, and as anyone who spent time with my father knows, a lot of that time involved going to the movies.

As I discussed in my GORP/The Octagon review’s opening paragraphs (here), San Jose, California, where I grew up, had in the 1980’s two different types of theatres: the first runs where the blockbusters of the day would play (the Century cinedomes, you can read what I wrote about those here), and a flurry of (usually) mall located (of both the inside and strip variety) cinemas that would show second tier releases such as horror, low budget action, and kids fare as well as second run of those aforementioned blockbusters before they made their way to the dollar theatres (there was also the still in existence Camera cinemas which specialized in art, independent and foreign titles, but I didn’t start watching those until I became a teenager in the 90’s); Cannon, Crown International, Vestron and New World produced programmers were the province of these theatres.

Opening in the late 1960's, as the population of San Jose, a more suburban bay area city located fifty miles south of San Francisco, was exploding, and located on Stevens Creek boulevard, a major thoroughfare, the Meridian Quad was what is today an increasingly uncommon entity, an independently ran theatre. While Century, AMC and United Artists had a presence in the area, there were also several theatres operated without the affiliation of a major corporation at the time.

The Meridian Quad 6 had its own personality and specials including children’s matinees on summer weekdays, frequently playing double features and something that my father took advantage of, especially after his divorce to my mother, two dollar Tuesdays, where admission to any film at any time of the day only cost two bucks every Tuesday.

While the exterior building, located in the same structure as a small strip mall, wasn’t anything special architecturally speaking, especially compared to the space age domes of the Centuries, and the seating for each individual theatre probably hovered around 250, relatively small then, but actually standard in today’s huge multiplexes that try to jam as many screens in a building as possible. Each theatre had its number (one through six) plastered on the walls in a sort retro futuristic font (here's a good example), think Disneyland’s Tomorrow land circa the 1960/1970s. Since it was a small operated enterprise, and they probably did whatever was possible to keep costs at a minimum, I remember sometimes they didn’t clean the theatres between films, and it wasn’t uncommon to get your shoes stuck to the floor. But it was never the filthy havens of the disenfranchised that the grindhouses were. 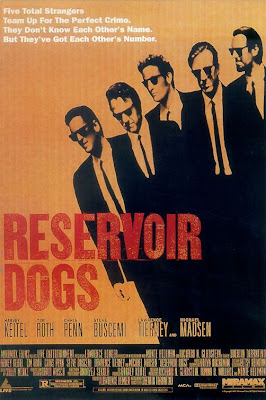 In the nineties when I was self-efficient enough to take the bus and my friends and I started getting our driver’s licenses, I would take advantage of their lax rating policy enforcement (it probably also helped that I was six feet tall by the age of fourteen) and watch R rated movies there that I couldn’t get into at the much stricter AMCs. The Meridian Quad was where I was introduced to Quentin Tarantino, catching Reservoir Dogs on a double bill with the Ice T/Ice Cube starring, Walter Hill directed Trespass in early 1993. After Trespass ended I convinced my two friends that the next film had received some good notices and we should stick around, I think it was in Entertainment Weekly’s Top Ten films of the year (ironic because I now consider the two critics for that magazine amongst the worst in major publications), and well, I was blown away, it was truly a defining moment in my cinematic history, and I and my tastes would forever be changed. I don’t think I remembered a single thing from the preceding movie (though I am now a huge Walter Hill fan, so I owe it another shot). A few months later, at the age of sixteen, my friend Steve and I purchased ticket for some PG or PG-13 rated movie and snuck into see our first NC-17 film, Bad Lieutenant, needless to say that was another formative experience for us.

Looking at the release dates for the films I remember seeing at the Meridian Quad, it appears the last film I would watch there was the Disney released Three Musketeers movie featuring Kiefer Sutherland and Charlie Sheen that was released in the fall of 1993. I would move to San Francisco to go to college in August 1994. By that point the major exhibition corporations now operated theatres with ten to sixteen screens, some of which competed for bookings with the Quad, resulting in the smaller theatre to fall further down the totem pole in prime selections. Coupled with the shrinking window of time between theatrical release and home video premiere dates, the Meridian Quad would close its doors forever in 1999 and was eventually demolished. I remember the first time I drove down Stevens Creek and realized the exterior marquee was missing feeling a large sense of grief.

With the gap between a film’s theatrical release and it being available on a portable device or your home system shrinking to about three months (Warner Brothers announced recently plans to cut that down even more) as well as the vast amount of illegal copies available online, there are obviously some impending clouds over the future of film exhibition. I understand the desire to see films in a controlled environment free from twenty minutes of commercials, parking fees and other filmgoers more interested in talking or texting instead of watching the actual film they paid ten plus dollars for, but as my generation tends to do, this would be a tragic favoring of convenience over quality. We need more temples of cinematic viewing free from easy home distractions like the internet or our phones and pets. Otherwise, the quality of the product will further suffer.

I am forever grateful that my dad took the time to instill his passion for cinema, and going to the cinema, in me and hope one day to pass my love to a child of my own. I just hope there are still some wonderful theatres like the Meridian Quad to take them to.

Below are some other specific remembrances I have of the Meridian Quad, of course, the most important memory is just spending time watching films with my father and brother.

· Being fascinated with the poster for Fletch (which I don’t believe I saw there) on display in the coming soon frame, and studying all of Irwin Fletcher’s various disguises

· Talking to some cute girls outside after a showing of Sleepwalkers, only to be disrupted by my mother honking her horn and calling us into her car while loudly complaining about how late it was for her to have to pick us up

· Trying and failing to convince my friends to watch another movie, any movie, than Cop and a Half. What can I say, they drove.

And here are some films that I saw at the theatre in chronological order (I am probably forgetting a few titles), included are some truly awful films, and a handful of decent ones: 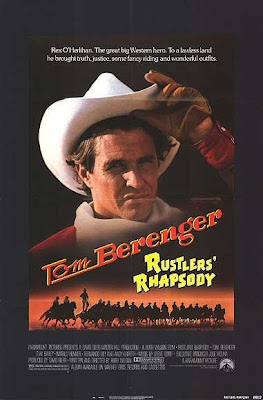 Rocky IV (must have been after its first run)

The Care Bears Movie (uh, it was my brother’s choice, yeah that’s it!)

Trouble with Spies (before walking out of it)

Superman IV: The Quest for Peace

Halloween 4: The Return of Michael Myers

How I Got Into College

Halloween 5: The Curse of Michael Myers 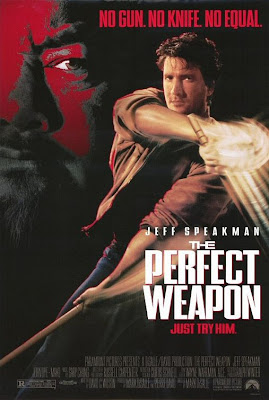 Cop and a Half

Finally, the one picture I could find of the theatre online (the exterior sign at the start of the article) was from the CinemaTour website, there's some more photos of the theatres there, but they are protected from pilfering, so check it out for yourself here.

Posted by Colonel Mortimer at 8:50 PM

Its funny you wrote this blog because the other day I was getting my car serviced, and why waiting I walked to exact location where the Meridian Quad 6 was. I just felt like it was a place I had been before. Remembering I was three years younger then you at the time and never paying attention to how we got places. But I did recall the theater was right here behind what is now a Round Table pizza. I sort of wished the the Quad 6 was still around because I would have for sure taken advantage and saw a movie or two while waiting for my car to get serviced. Why I do not remember all the movies I saw (and I think Care Bears was a group choice) I can recall the structure of the theater and a Togo's still resides in the complex. We are lucky to have a father who showed us how movie watching should be, cheap or not just enjoy the time and the company. Some of my best times were in the middle of you and dad, the spot where I always felt most comfortable.

Yess!! This was my favorite theatre! I could easily watch rated R movies there when I was 10. My most vivid memory is going for my birthday to see Ghoulies! I think I saw Perfect Weapon there too, I can't believe you remember all those movies and where you saw them. I also had a fondness for the Capitol Square Cinema and The Gould!

Some absolutely wonderful memories you have in your post, Colonel. I think your father would be proud of them. I'd hope that my kids grow up with the same passion you have. It's funny how theaters hold those memories together, at least for those of us who find cinema its own captivating world. Wonderful and heartfelt piece, my friend. Thanks for this.

Mummbles--I was joking about Care Bears, that was probably a mutual decision.

Slasherflix--glad to hear someone else partook in the Quad's lenient R rating enforcement. And you saw Perfect Weapon there too, awesome, I remember thinking Jeff Speakman was going to be the new Steve Seagal.

I remember the Gould really well, specifically I remember seeing Return of the Living Dead 2 and Brainscan with Eddie Furlong there. I don't know how I remember these thing so well, I did use IMDB a bit in research to help my memory. I am sure I went to the Capitol Square, but forgot when and what I saw there.

I really think it's a shame that there's less of these independently ran two or three screen theatres in San Jose and everything is a 16 plex showing the same crap on multiple screens.

Leopard--I am sure your kids already have some of your passion for cinema, music and literature. Thanks for the kind words