Quentin Tarantino to Program the New Beverly in March 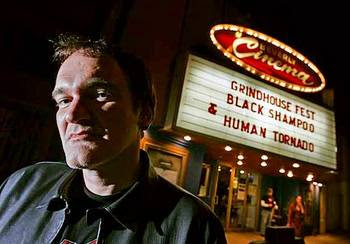 The cinema event of the season was not last night’s Academy Awards and will not be at the Kodak theatre, no sir, it will be at the New Beverly cinema starting this weekend when writer-director (and New Beverly theatre savior) Quentin Tarantino takes over programming for the entire month of March. Films scheduled so far are from such typical QT favored genres as hillbilly films, martial arts, Eurocrimes, et cetera. But the big announcement is the US premiere of the complete and uncut (running over 4 hours) version of Kill Bill: The Whole Bloody Affair, which will be screening for a week starting at the end of March. 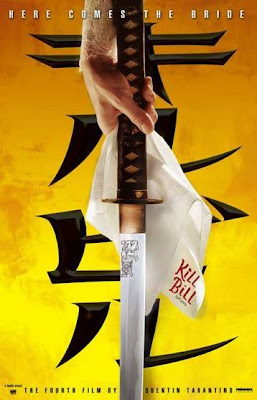 I am hoping to catch as many films as my schedule will allow, including most definitely, the Whole Bloody Affair. If you’re interested in anything, shoot me a comment (or email if you know me in “real” life) and we’ll see if we can organize something.

The whole schedule (which is still being updated as of this writing) can be found on the New Beverly’s website:

Edited to add 3/3/11: And of course the entire The Whole Bloody Affair run sold out before I could get my ducks in a row. Damn, as happy as I am for the New Beverly having so much success, selfishly I miss the days when for even big events you could get tickets at the box office a half hour before the film started. Hopefully these screenings preclude a larger theatrical release. Oh well, I still plan on going to some of the other screenings.

Posted by Colonel Mortimer at 7:13 PM

The Whole Bloody Affair?!? Finally being released?!? COUNT. ME. IN! Ticket sales starts tomorrow at 11 AM. Looks like I'm going online from work. Lots of great things here, but this I've been waiting for ages (it seems). Thanks for posting on this, Colonel. I may missed it, if as I suspect this is going to sell-out. Thanks, my friend.

I would like to go! Is this a new cut or just the films put together? Both films seem so different from one another, it would be interesting to see how they work together. And hopefully this at least means the dvd is on the way soon so those of us not living in one place in the whole united states could see this.