Not Extinct: One Screen Palaces in Downtown Los Angeles 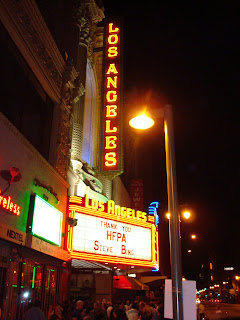 Its doors closed for regular programming since 1994, attending the Los Angeles theatre actually makes the notion of trust fund "hipsters" (a term I am starting to detest since it's taken on some weird boogieman connotations) slumming it up in $500,000 designer lofts sound appealing in hopes that it would revitalize it and the myriad of other long neglected downtown palaces back to an age of everyday venue status. Of course I know that's overly optimistic and near delusional of me, and, in fact, the discussions of opening the first first-run theatre in Downtown in decades are swirling around plans for yet another multiplex in the Arclight vein. In the meantime, theatres like the Los Angeles still exist, though primarily as shooting locales. Which is more than you can say for the former downtown theatres of other urban cities (cough San Francisco, New York cough).

But once every summer, thanks to the great work of the Los Angeles Conservancy and their annual Last Remaining Seats series, now in it's 23rd year, the doors of places like the Los Angeles and its bethren are reopened and used for their intended purpose. Last Wednesday, I was lucky enough to attend a screening of Elia Kazan's 1951 smoldering Tennessee Williams adaption, A Streetcar Named Desire there.

The Los Angeles stands four stories tall: a balcony on top, the lobby and regular seating on the street level, an area for shopping (!) directly below and on the lowest level, two ornately designed restrooms whose combined size probably exceeds my house's lot size in square feet.

Here are some photos I took from the event.

The lobby which looks more like a grand French hotel than a movie theatre: 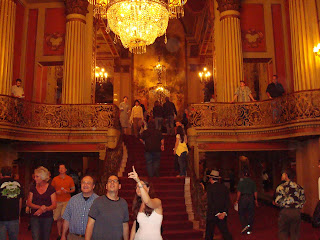 The balcony, chandeliers and domed roof: 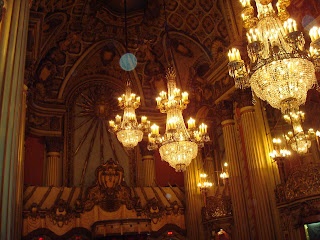 The inside of the theatre is just as carefully detailed, unfortunately I didn't capture some of the finer points, but here is the proscenium and Spartan themed mural curtain: 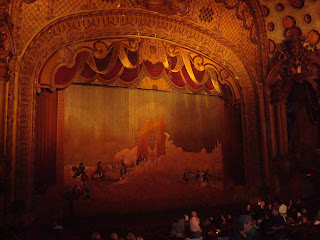 The kindness of strangers (a sold out show): 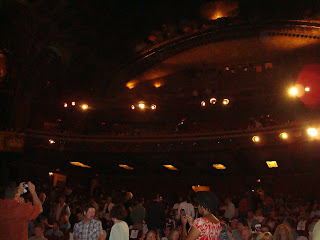 For more on the Los Angeles Theatre:

Here's the theatre's website with more history and a photo gallery

For more on the Los Angeles Conservancy and the Last Remaining Seats series:

And finally as I was doing some research on the theatre, I found this awesome website, American Classic Images, and these amazing shots of the theatre while it was still programming regularly circa 1981-82 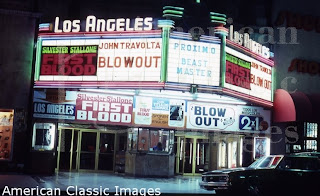 Beast Master will be there proximo! Yes readers, I'm afraid we are lesser of a nation for not being able to attend a First Blood/Blow Out double bill in such a grand theatre anymore.

And one final shot of the theatre from the same era, a certain movie I've reviewed here happens to be on the bill: 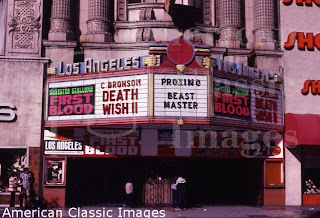 How long did people have to wait to catch Beast Master at the Los Angeles?
Posted by Colonel Mortimer at 9:12 PM

that looks amazing, wish they still had theatres like that going full time. Beastmaster seems too good for that place.