I Never Travel Far Without a Little Big Star 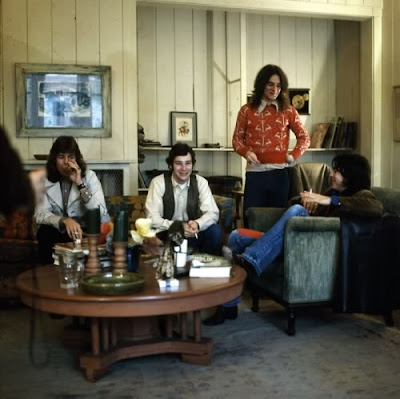 Like Velvet Underground before them, Big Star (original lineup: Alex Chilton, Chris Bell, Steve Ray, Andy Hummell) were a favorite amongst critics, record collectors and musicians that were destined to not be discovered or embraced by a larger audience while still in existence. One of the few rock bands to be signed to the legendary Memphis soul label Stax!, who subsequently didn't know how to promote them, Big Star crafted perfect power pop melodies with just the right tinge of melancholy. They never found success in their lifetime, but have a rabid and loyal cult of followers who grow larger by the day.

Among the artists that they influenced are R.E.M., Elliott Smith, Yo La Tengo, and most famously The Replacement who wrote the song dedicated to the group's singer that I quoted for the title of this article. Big Star's greatest exposure occurred when their song "In the Street" played over the opening credits of the long running FOX sitcom That 70's Show, though the version heard is a cover by Cheap Trick.

Big Star only recorded three albums, but all three: # 1 Record, Radio City (the first two are often packaged together) and Third/Sister Lovers are essential.

Most tragic of the timing of Chilton's passing was the fact that he had reformed the band (sans Chris Bell who left the band after their debut and died in 1978) and was scheduled to play SXSW this week.

Here are a handful of my favorite Big Star tracks, including September Gurls, the first song I ever heard from the band back around 1995.

"The Ballad of El Goodo"

And finally, The Replacements song "Alex Chilton" from their 1987's Pleased to Meet Me album.

Posted by Colonel Mortimer at 4:55 PM