I don't usually write about politics, nor do I have any plans to do so in the future, mainly because the state of our union and political discourse makes me either depressed or angry. And you wouldn't like me when I am angry, I start making cliched pop culture references. But seeing how this is nominally film related, here is film critic Roger Ebert's take on Republican Vice Presidential nominee What's Her Face (seriously my meteoric response from not knowing who she is to being sick of her to the point of having a Pavlovian convulsion at the mere mention of her name is unrivaled) where he compares the Palin fade to that of America's fascination with reality programming:

I think I might be able to explain some of Sarah Palin's appeal. She's the "American Idol" candidate. Consider. What defines an "American Idol" finalist? They're good-looking, work well on television, have a sunny personality, are fierce competitors, and so talented, why, they're darned near the real thing. There's a reason "American Idol" gets such high ratings. People identify with the contestants. They think, Hey, that could be me up there on that show!

My problem is, I don't want to be up there. I don't want a vice president who is darned near good enough. I want a vice president who is better, wiser, well-traveled, has met world leaders, who three months ago had an opinion on Iraq. Someone who doesn't repeat bald- faced lies about earmarks and the Bridge to Nowhere. Someone who doesn't appoint Alaskan politicians to "study" global warming, because, hello! It has been studied. The returns are convincing enough that John McCain and Barack Obama are darned near in agreement. 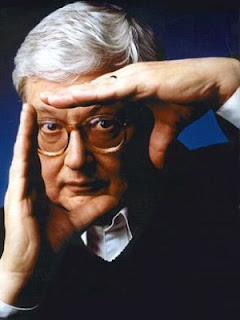 I despise (most) reality programs, but they are easily avoided, and ultimately voting for who will sing the next over-produced pop song that will greet me whenever I walk into a mall or which celebrity is more deft at dancing the Lambada is a little more jejune than picking the person who will be second in command of the United States. I would hope we as a nation hold our politician to a higher standard.

And while I am ranting here, I am beginning to truly believe that Idiocracy wasn't satire, it was a documentary! How is scoffing at Barack Obama's "community service" at the RNC any different than a judicial system where being labeled "hella gay" is evidence enough of conviction?

Well, I am going to get working on that script for Ass. 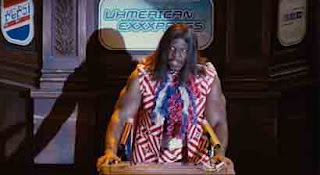 Oh and happy Rudy Guilliani Day everyone, remember every time you exploit a national tragedy for professional gain, you owe Rudy a $25 royalty check.

Posted by Colonel Mortimer at 7:34 PM