Trailer of the Week: The Return of Jonathan Demme? 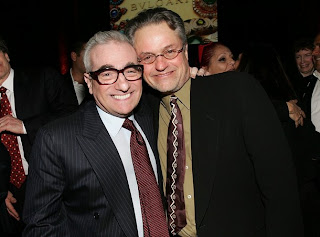 With the exceptions of Martin Scorsese, David Lynch and surely somebody who I am forgetting as of this writing (chime in at the comment section with your selection), no American director was able to maintain a personal idiosyncratic voice while making Hollywood produced narrative films in the Reagan-Bush I years (1980-92) as Jonathan Demme. Starting with 1980's Melvin and Howard and culminating in 1991 with his Academy Award winning direction of The Silence of the Lambs, Demme made films that could maintain both humor and violence(Something Wild and Married to the Mob being the prime examples) while balancing the correct tone and featured such personal flourishes as always finding a role for favorite performers like Charles Napier and Roger Corman (for whom he started his career directing woman in prison films) as well as inserting his musical favorites either onto the soundtrack or into the films themselves (the Talking Heads concert film Stop Making Sense, the Feelies as the high school reunion band in Something Wild). The only bummer in that period was his first shot at a truly mainstream picture, the Goldie Hawn vehicle Swing Shift. Demme and Hawn clashed throughout the production and Hawn, being the more established player, won out and had the film editted to her whims, reshaping it from an ensemble piece to a star vehicle and removing its integrity in the process. You can read more about the Demme/Hawn feud here, I still haven't seen Swing Shift nor do I have any intentions to until Demme's director's cut is either released on DVD or I find a bootleg copy.

Unfortunately after the Oscar win, Demme's career, at least narrative wise, has been indistinctive, and frankly, uninteresting. He followed up Lambs with Philadelphia, a well meaning if chaste look at the devastation of AIDS. The film, which some say was Demme's mea culpa to the gay community for their furor over Lambs' serial killer Buffalo Bill's portrayal, is run of the mill Hollywood Award machinery whose main focus is not as much provocative visual storytelling as it is sending important messages while trying to get (and achieving) a big star, Tom Hanks, an Oscar. Demme followed it with the Oprah Winfrey vanity project, Beloved, a film I still have not seen. This decade, he's only directed two narrative features, both subpar remakes of 1960's thrillers (The Manchurian Candidate and the Charade reboot, The Truth About Charlie) whose only inventiveness is to recast African American actors in roles once played by caucasians. 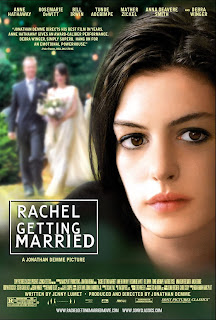 That's not to say Demme hasn't made some personal films in the last fifteen plus years, they've just have been solely in the documentary field, Neil Young: Heart of Gold in particular is a beautiful elegiac piece, and I've missed his deft hand at narrative filmmaking. However the news out of the Toronto film festival is that Demme has triumphantly returned with the comedy-drama Rachel Getting Married (for a rave from The AV Club, click here) centering around a rehab prone woman (Anne Hathaway) returning home for her sister's wedding. I'll be honest to being a little nonplussed with what little of Hathaway's career I have seen, I found her the weakest link out of the four leads in Brokeback Mountain. Demme is a great director of women, and has helmed career highlight performances from the likes of Mary Steenburgen, Michelle Pfeiffer, Melanie Griffith and Jodie Foster, leading me to believe that if anyone can give her career a boost, it is he.


Rachel Getting Married co-stars Debra Winger (a hearty welcome back for her as well) and TV on the Radio member Tunde Adebimpe and opens in limited release on October 3rd.
Posted by Colonel Mortimer at 11:39 AM