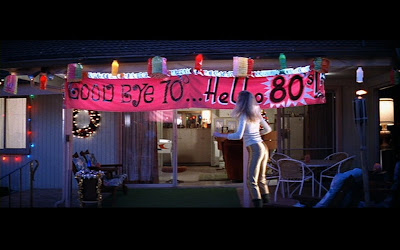 A little over two years ago, a certain blogger, let's call him "me", shared a certain geeky goal, let's call it "seeing as many films from the year 1980 as possible, review them and then when reaching some sort of non specific endpoint, creating a top ten list for the year, resolute in the comfort that having devoted so much effort, his list would be well informed" [the author will now permit, as per custom for comedic beats, a break for the reader to gather him or herself after the resulting guffaws. We good?] And lo, it was great, the heavens opened, peace was found amongst all religions, the blogger's site counter went up a whopping 2.1%, somebody left a comment.

But then seemingly just as quickly as it came, there was silence. A vast nothingness. A week went by without another 1980 film review, then a month, then two months. The author of the blog, though well intentioned, took singular blame for all the world's ills save the rise of the Tea Party movement. It wasn't from lack of continued dedication to the cause, merely lack of documentation as attested by half-written reviews for Nine to Five, Cruising and Heaven's Gate amongst others that were aborted before they could fully blossom.

The author when pursued for a comment, nay an excuse, replied with a statement that called to mind some of our greatest American heroes from Ben Franklin to J.D. Salinger to Omar Little, "shit done got in the way".

On January 1st of this year, we celebrated a fresh start, a new decade, and most importantly, the 30th anniversary of a year we refer to as Nineteen Hundred and Eighty. Noting the timing, the blogger found a renewed purpose and vowed that the 1980 Film Project shall rise from it's ashes like a phoenix, or a zombie, but a slow moving Romero zombie, not one of them fast running type.

Then let this serve as an announcement, or if the mood strikes you, a warning. The 1980 Project shall be resurrected beginning in the near future. Watch the skies! And, you are welcome!

Click on this link for the original Declaration of Intent Statement.

Click on this link for the Archives of the 1980 Project.

I will be seeing you....in my dreams.
Posted by Colonel Mortimer at 3:38 PM

looks like your huge in china, always getting comments in a foreign language. I wonder what it says.

They must be finding me from your Chine Profile blog

Good fill someone in on and this post helped me alot in my college assignement. Say thank you you on your information.

Sorry for my bad english. Thank you so much for your good post. Your post helped me in my college assignment, If you can provide me more details please email me.