The Month in Horror: In Theatres

Year after year I am baffled at the paucity of horror movies that open in the month of October. I am no marketing genius, but I have to believe that releasing a film within the month we celebrate ghouls and goblins and all that good shit has to equal at least a 10% rise in the film’s gross.

Well this year is a slight exception to the rule, despite the most promising release, Martin Scorsese’s Shutter Island being, er, shutted until February 2010, there's six films with the macabre in their DNA. 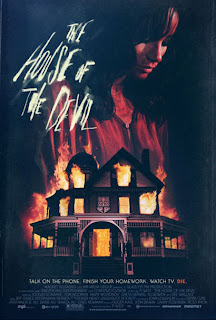 Zombieland--While advance word suggests this is more of a comedy than an horror film, the same advance word suggests this is a quality endeavor (I have not seen the film as of this writing). Yeah, zombies have been played out for the last few years, and I can’t imagine Shaun of the Dead left any satiric point untouched in the zombie comedy genre, but it looks amusing enough and is said to have some real soul.

The Stepfather--Screen Gems, one of the more misleading studio names, is back in the remake game after making me appreciate the original and very mediocre Prom Night with it’s neigh unmatchable 2008 remake. The original Stepfather is actually a good film with a Hitchcockian flavor, a great lead performance by Terry O'Quinn and a script by recently deceased author Donald Westlake. The remake is directed by the same guy who directed the aforementioned Prom Night remake. On the bright side, the remake’s release is at least finally prompting a DVD release of the original.

Cirque du Freak: The Vampire’s Assistant--Teens love their vampires. I always appreciate John C. Reilly giving a solid comedic performance, and this has the vibe of an 80’s Amblin produced or early Tim Burton film, so maybe, who knows…

Antichrist--Lars von Trier’s latest has garnered the usual disparate responses being called both a disturbing masterpiece or laughable and misogynistic. The trailer embedded below is one of the more haunting pieces of cinema I’ve seen this year. This is a film where the discussion it garners will be just as interesting and revelatory as the film itself.

The House of the Devil--An 80’s tribute with a cast that includes genre icons Mary Woronov, Dee Wallace and Tom Noonan. Regardless of the film’s quality, it definitely has the best posters of the year (see above), themselves a homage to the VHS tapes you would find in your local mom and pop video store’s horror section during the decade.

My favorite theatre dedicates a huge chunk of it’s programming to genre films throughout the month. 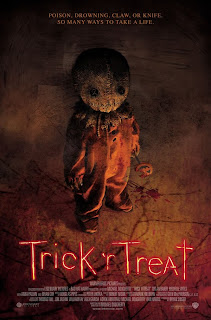 The former is a documentary about the Bay Area’s popular Creature Features programming that went off the air in 1984 (just before I was old enough to stay up late on weekends!) while the latter is the only film directed by the show’s first host, John Stanley, a horror film set at a horror convention, how meta!

The only films announced so far are The Burning, a 1981 camp classic with the infamous Tom Savini effects and the raft dismemberment scene (embedded below), Neil Marshall’s (The Descent) debut, Dog Soldiers which combines the tropes of a war film with werewolves and Lucio Fulci’s 1981 Amityville Horror knock-off (at least judging from the trailer), The House by the Cemetery. 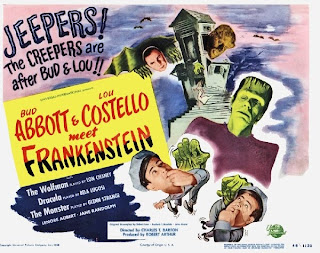 Two classic comedies that combine laughs (and maybe even in certain cases "laffs") with scares and prove progenitors to Ghostbusters.

A Vincent Price vengeance double bill, in the former he's a lovelorn doctor wanting to reunite with his dead (or is she?) wife, in the latter, a Shakespearean actor who wants to give his critics some critiques of his own....deadly critiques!!!!

Producer-Director William Castle was one of the all-time great B-movie hucksters. He adopted such unique promotional gimmicks as forced insurance waivers before viewing, buzzing seats and flying props in the theatre to garner interest and word of mouth from his teen demographic. Joe Dante lovingly paid tribute to him with John Goodman's composite character in his 1993 film Matinee. A documentary based on his life plays with one of his bigger hits.

The Incredible 2-Headed Transplant 7:30
The Thing With Two Heads 9:30

Two two-headed horror films is never too much. 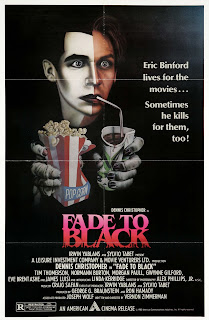 The New Beverly concludes it's October calendar with a demonic triple bill which pairs the soon to be remade 1988 Linnea Quigley starring cult classic with Lamberto Bava's Demons series.

The Cinefamily at the Silent Movie Theatre

As excited as I was to see the Silent Movie Theatre shift from programming once every Haley's Comet to a regular schedule, I am equally ashamed to admit I haven't yet attended a screening at the now under new ownership theatre since the change. Hopefully, I will finally remedy that this month. 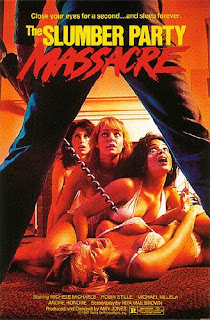 The Return of the Jerry Beck Animated Spook-tacular 8pm

A collection of 16 and 35mm Halloween themed animated shorts with special guests.

Sleepaway Camp is a pretty forgettable slasher film up until the last minute and then something happens that will stay with you long after the memory of seeing the rest of the film disperses. The original plays with the straight to DVD sequel from last year.

A slasher trip bill the pits the tongue in cheek female produced, written and directed Slumber Party with two unavailable on DVD titles in Graduation Day and The Redeemer.

I have not yet seen this controversial, supposedly brutal, independent urban horror film from 1986, and frankly, even I am a little scared based on its reputation.

The theatre goes back to its roots with this 1922 silent witchcraft pseudo documentary featuring live musical accompaniment by Eddie Ruscha.

A triple bill that proves no holiday was safe from a menacing serial killer in the 80's, Valentine and April Fool's Day are of course the originals not the remakes, and what's more, My Bloody Valentine, one of MPQAA'S most butchered films, is presented uncut! 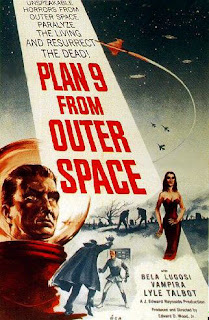 The 50th anniversary of Ed Wood's quintessential classic plays with Tim Burton's 1994 film tribute to the man himself.

A nice companion piece to the Creature Features documentary that the New Beverly is showing on October 6th (Watch Horror Movies, Keep America Strong), this documentary takes a wider look at the history of television horror hosts of the past such as Vampira and Ghoulardi.

Yet another triple bill featuring the cult favorite Roger Corman produced Chopping Mall and the previously mentioned Night of the Demons, I had never heard of Shakma, here's the description from the Cinefamily schedule:

Remember hearing about the California man whose pet chimp went ape and ripped off his face and testicles? Did it make you flinch, covering your own parts in sympathy? Get ready to flinch once again, for Shakma will swipe at your jewels in a blood-thirsty rage. Christopher Atkins (the deeply tanned star of The Blue Lagoon) and his friends hang out after-hours in their med school building playing (what else?) a D&D-like role playing game run by game master (or as he pronounces it, “Gay Master”) Roddy McDowall, and proceed to have their throats ripped out by an angered, psychotic lab test baboon who hunts them down one by one. The real stars of the film are the production’s animal handlers, who managed to not get themselves or the filmmakers killed while their baboon actor forcefully hurled itself at doors, windows, its co-stars or anything else in its path, screaming bloody murder all the while in a truly terrifying electric rage.

And finally, as if that were not enough, the theatre is showing a career retrospective of Brazilian horror series of writer-director-icon Coffin Joe every Friday in October, I am sad to say I only know of Coffin Joe by reputation and have never experienced any of his films for myself.

Here's the schedule, all shows start at 8:00pm: 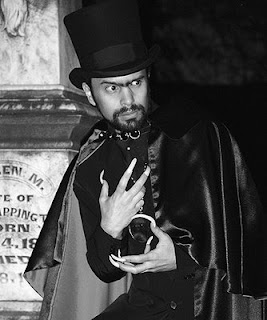 Awakening of the Beast & Finis Hominis

October 30th
Embodiment of Evil
Hallucinations of a Deranged Mind

Whew, quite a list, sadly (or luckily, for your free time and pocketbook) the American Cinematheque is offering relatively meager horror based pickings. 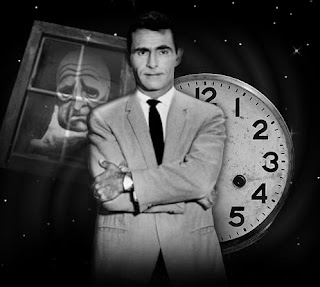 Fred Dekker's 1986 zombie favorite is finally reaching DVD this month, the director will be here in person to introduce the "director's cut".

To celebrate the venerable syndication classic's fiftieth anniversary, the author of The Twilight Zone companion, Marc Scott Zicree, will program three hours worth of favorite episodes.

Something Wicked This Way Comes 7:30

Ray Bradbury will be at the theatre to introduce the 1983 Disney produced, Jack Clayton directed, adaptation of his novel, of which he provided the screenplay for.

Los Angelinos you have a lot of options, for those located elsewhere seek out your local goings on. Tis the season.

sounds like a massive yet impressive list of films. Wish they had something along those lines playing around here. I am dying (pun...intended) to see Trick R Treat. But I did notice the lack of Halloween (Myers not the season) films on the list..its the best Halloween movie.