The Movies Go to the Movies: Donnie Darko

"Why are you wearing that stupid man suit"-Frank the Bunny

October, 1988. You're in high school, you're kind of different, you've been having weird dreams. 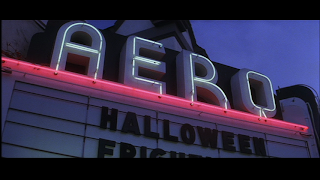 Hey the Aero theatre, which will be discussed 21 years in the future at a thing called a "blog" here and here, is having a Halloween Frightmare Double Feature! 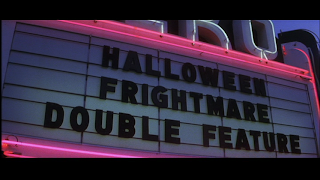 You're all goth and emo and stuff so one of the more studious girls at school digs you, it's a phase she's going through, best take advantage. Hey, The Evil Dead, you love that movie, maybe not as much as its recently released sequel. But still... 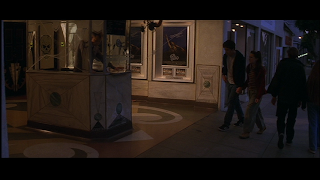 She goes, but crap, a few minutes in and she falls asleep. Not sure you want to be with a girl who falls asleep during The Evil Dead, but hey you're a teenager, take what you can get. 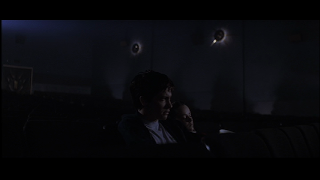 Oh crap, that fucking bunny from your dream is back: 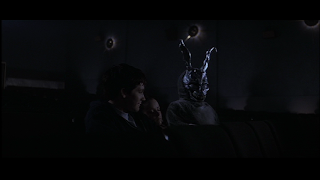 Hey where the hell is everybody else in the theatre? It's a freakin' Halloween Frightmare Double Feature! 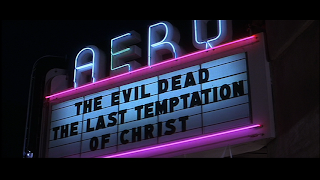 Well maybe everybody will show up for the second feature. Mmm, Last Temptation of Christ. Doesn't sound very scary, but couldn't possibly be any worse than Southland Tales.