Halloween as a Backdrop: E.T.: The Extra Terrestrial (1982, Steven Spielberg)

As a companion piece to my Christmas themed Holidays as Backdrop series, I decided I'd like to post occasional scenes from films that are not generally associated with being of the Halloween season. The big problem is that I can only really think of two pieces off the top of my head (the one below and a beloved television show), so if you can think of any, please leave the suggestion in my comment field. My rigid guideline means no horror movies! I was considering Lady in White, but Halloween is such an essential component of the film that it should be considered cheating.

Today let's take a gander at what Halloween looked like in Spielberg's Californian suburbs of 1982 in E.T., the unfucked with edition, by the by. 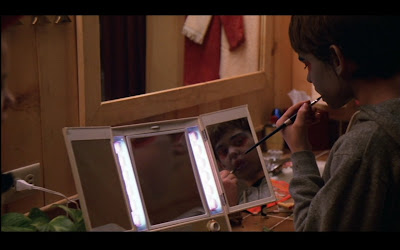 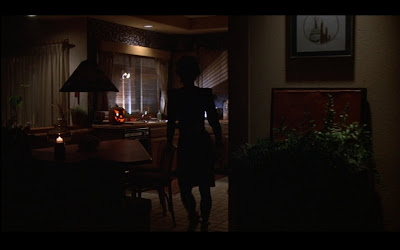 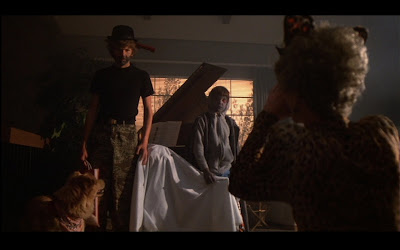 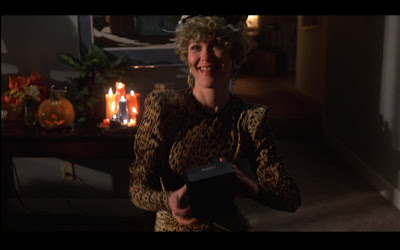 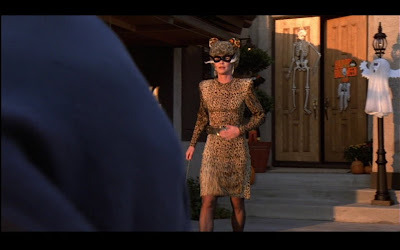 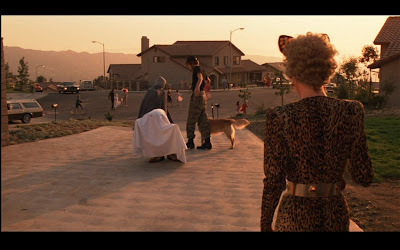 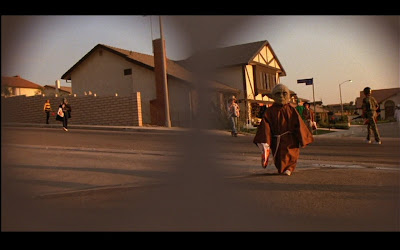 Some wonderful Halloween images from E.T., Colonel. Thanks.